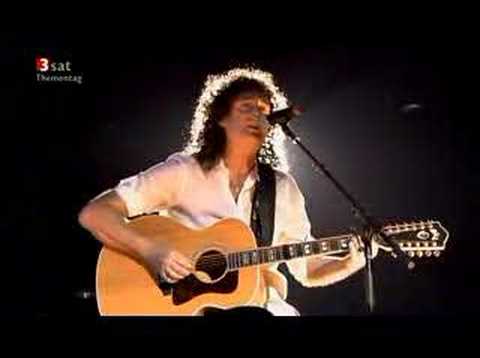 Brian May is now a “Sir.” The Queen guitarist, who also has a doctorate in astrophysics and is an animal welfare advocate, received a knighthood as part of the UK’s annual New Year’s Honours list for services to music and charity – the first such list to be signed off by King Charles III.

“Maybe a few more people will listen to me than would otherwise, you know, if it’s Sir Brian on the phone,” May said in an interview, adding he hopes the knighthood will give him “a little bit more clout” – particularly in his animal advocacy efforts.

Amongst other things, May has campaigned against badger culling and fox hunting through an animal welfare group he founded in 2010 – named “Save Me” after the 1980 Queen song. Some animals he’s rescued over the years were released onto his land.

But May, still big-haired to this day (although distinctly grey), is mainly known as the co-founder of the legendary British group Queen – formed in 1970 with the late Freddie Mercury, Roger Taylor, and later John Deacon. Having written many of its biggest hits he also helped forge a distinct sound for the band through his unique guitar work, prompting Total Guitar magazine in 2020 to name him the best rock guitarist of all time.

Perhaps notably, May and Queen (minus Mercury) performed “God Save the Queen” from the roof of Buckingham Palace in 2002 (how’s that for a rooftop concert, Beatles?) and this past summer, opened the Queen Elizabeth Platinum Jubilee concert opposite the palace at the Victoria Monument (banner photo). In the corresponding TV special, the Queen hilariously tapped her teacup with a spoon to the beat of “We Will Rock You” playing outside.

A terrific singer as well, May perhaps suffered only in comparison to his inestimable partner, Mercury, who is considered the greatest rock vocalist ever.

Years ago, I met May, along with Roger Taylor, at a Toronto theatre event at which the pair were promoting a musical they were involved in at the time. And while I found him pleasant and easy-going, such was my respect for the rock legend that, even then, I’m pretty sure I called him “sir.”

Here is May performing – with a little help from about 15,000 friends – a touching version of “Love of My Life,” originally sung by Freddie on the classic 1975 album “A Night at the Opera,” the epic that of course also included “Bohemian Rhapsody.”