LISTENING IN: In praise of Paul Kelly 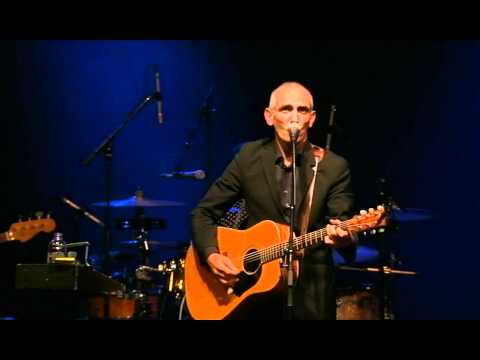 Regular readers will recognize Paul Kelly from my ramblings – the Australian singer songwriter I’ve declared my favourite musician of all time. Described by the BBC as “the closest thing Australia has to a poet laureate, dealing in the experiences, aspirations and problems of everyday,” the Adelaide native is a storyteller extraordinaire, often with an Aussie sensibility akin to The Tragically Hip’s ingrained Canadian DNA.

He has been called the Australian Dylan, and I compare him to Blue Rodeo.

Importantly, Kelly’s songs never come off as quirky, despite the sometimes very specific subject matter – whether covering the ethereal delights of seeing Sydney from an airplane, remembering a favourite cricket hero, heart-breaking indigenous issues, deeply nuanced love stories, or even the plight of an inmate who laments not being able to make gravy for his family at Christmas.

A favourite of mine is the 1987 song “To Her Door,” which was named one of Australia’s top 30 songs ever by the Australasian Performing Right Association (APRA). Interestingly, the fictional character in the song uniquely is reprised in future tunes (including “Gravy”) as well.

They got married early, never had no money
Then when he got laid off, they really hit the skids
He started up his drinking, then they started fighting
He took it pretty badly, she took both the kids

She said, “Shove it, Jack, I’m walking out your fucking door”

She went to her brother’s, got a little bar work
He went to the buttery, he stayed about a year
Then he wrote a letter, and said, “I want to see ya”
She thought he sounded better, she sent him up the fare

And his heart was singing like a lowdown guitar

He came in on a Sunday, every muscle aching
Walking in slow motion like he’d just been hit
Did they have a future? Would he know his children?
Could he make a picture and get them all to fit?