Money or Miles for Frequent Flyers? 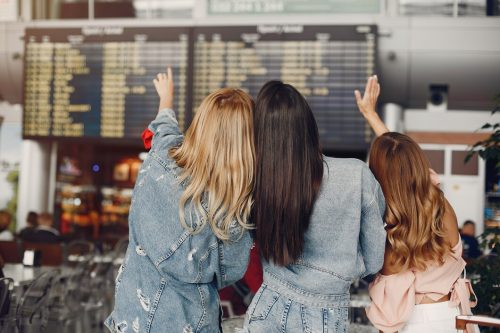 Hong Kong, Hong Kong SAR, February 28, 2022 / TRAVELINDEX / “Cancelled” – The word no passenger wants to see on an airport display board. Failing to appease disgruntled clientele can seriously damage customer relationships. Dodging the kickback of service failures is therefore supremely important, especially when customers have already pledged their allegiance to a company – as have frequent flyers. But how should loyal customers be compensated? In an important recent study, Dr YooHee Hwang and Dr Lisa Gao of the School of Hotel and Tourism Management (SHTM) at The Hong Kong Polytechnic University and their co-author explored the best ways to regain customer loyalty after a service failure. The unprecedented flight disruptions due to COVID-19 make their findings all the more relevant today.

In the hospitality and tourism industry, failures to meet customers’ expectations are inevitable. However, it might not be the service error itself that causes customers to take their business elsewhere, but the way in which a company chooses to deal with it. “An effective service recovery”, say the researchers, “can restore customer trust and fairness perceptions”.

Air travel is a great example of a service prone to disruptions, and, for the researchers, a prime context in which to investigate service repair options. Flight delays and cancellations are all too common, and the stakes can be high for passengers, who might have flight connections, tight work schedules, or financial constraints. Moreover, service repair has been largely overlooked in the context of loyalty reward schemes, which is surprising given how common these are. How best to soften the blow for passengers who are already loyalty reward programme members?

One downside to disappointing customers who are already “loyal” is that they have higher expectations. This can result in more scrutiny and criticism, making it difficult to satisfy customers through recovery methods. However, all is not lost, say the researchers. “On the other hand, heightened expectations may provide the service provider with an opportunity to enhance the relationship with its customers”. In that sense, service failures could be treated as an opportunity to further consolidate customer relationships.

Many airlines offer frequent flyers different compensation options when service errors occur. For instance, United Airlines offers the choice of receiving free miles or monetary compensation for flights that are delayed for 4 hours. One key difference between miles and monetary compensation options is how “concrete” they are. Air miles compensation “doesn’t have a physical form that customers can touch”, the researchers point out, whereas discount coupons do. Curiously, this “concreteness” makes all the difference. In other hospitality and tourism sectors, more concrete compensation has been found to increase customer loyalty. The researchers therefore predicted that “recovery compensation in a more concrete form should induce loyalty reward members’ repatronage intention”. This effect might also rely on the nature of the initial failure – could the company have avoided it, or not?

Service failures can be broadly considered as those that are within a company’s control, and those that are not. This “controllability” can also govern customers’ reactions – for instance, customers are far more forgiving when flight delays are a result of bad weather than when they are due to a scheduling error made by the flight crew.

“If a failed service is within the firm’s control, customers perceive high levels of controllability”, explain the researchers. Another example is inattentive service by a waiter during off-peak hours. The researchers found that passengers were angrier about and more disappointed by service failures that they perceived to be within the firm’s control.

Such negative emotions can prompt “low-level thinking” – the tendency to construe things in a concrete way, focusing on the immediate details of an event or object rather than its wider context. The researchers thus suggest that “high controllability of a service failure heightens the customer’s negative affect, thereby resulting in a concrete mindset”. Does this more concrete mindset, in turn, affect the impact of compensation concreteness on passenger loyalty? The researchers’ next task was to answer this question.

Using an experimental design, the researchers assessed the specific effects of the controllability of service failure and compensation concreteness. The participants were 197 members of frequent flyer programmes with a mean age of 37 years living in the US. The researchers first presented them with the hypothetical scenario of a delayed flight of a fictional airline, “ABC Airlines”.

Some of the participants were told that their flight was delayed due to bad weather (a low controllability scenario) and the rest were told that the delay was a result of an internal scheduling error (a high controllability scenario). “The participants were then compensated with either a 50-dollar travel certificate for their next flight or 2,500 miles credited to their frequent flyer program account”, which corresponded to more and less concrete compensation options, respectively.

Having set up different levels of controllability and compensation concreteness, the researchers measured repatronage intention. For this, the participants simply indicated whether they would fly with ABC Airlines again if they had experienced the situation in real life. Negative emotions were also measured, including irritation, annoyance, disappointment, dissatisfaction, and frustration. In this way, the researchers could more precisely define how to best atone for service failures and temper customers’ anger and disappointment.

The first critical finding was that the controllability of a service failure determined customers’ emotional reactions. That is, customers were less angry and disappointed when the flight delay was perceived to be out of ABC Airlines’ hands, compared with when the airline was perceived to be at fault. Therefore, the authors recommend that service providers “be transparent and let customers know the cause of the failure”. Offering this information and discovering customers’ reactions will also help companies to redress the service failure.

When choosing compensation, airlines should take the controllability of the service error into consideration. For the “controllable” failings, the researchers found that monetary compensation better restored loyalty than did air miles compensation. Crucially, this indicates that airlines should offer concrete compensation options, such as money or discount vouchers, when the service failure is within the company’s control. “Offering a more concrete option can be a win-win situation for both companies and loyal customers”, say the researchers.

However, when the flight delay was beyond the airline’s control, monetary and free air miles compensation had the same effects on repatronage intention. This could be because “customers’ construal levels are not as concrete, and thus repatronage intention is not influenced by the concreteness of recovery options”, say the researchers. Practically, this means airlines can adopt either concrete compensation, such as a discount voucher, or less tangible compensation, such as free miles, to make amends when they are not to blame for the service failure.

From a more theoretical perspective, this study “extends the notion of congruency effect in the frequent flyer program context”, propose the researchers. Namely, when customers have a more “concrete” mindset, they should be offered more “concrete” compensation options. This aligns with previous findings that external stimuli, such as compensation options, should be matched to customers’ internal mental states to achieve the best outcomes.

This study offers useful recommendations for airlines wishing to recover the loyalty of frequent flyers. Exploring uncharted territory, the researchers pinpoint ways to properly handle a botched service and to help customers feel valued. Understanding the mindset and emotions of disappointed customers puts companies in a better position to make strategic choices when it comes to excusing themselves to already loyal members. Anticipating customers’ reactions to being let down could even enhance that loyalty, and not just for airlines – any company offering a loyalty scheme has something to gain from this work.