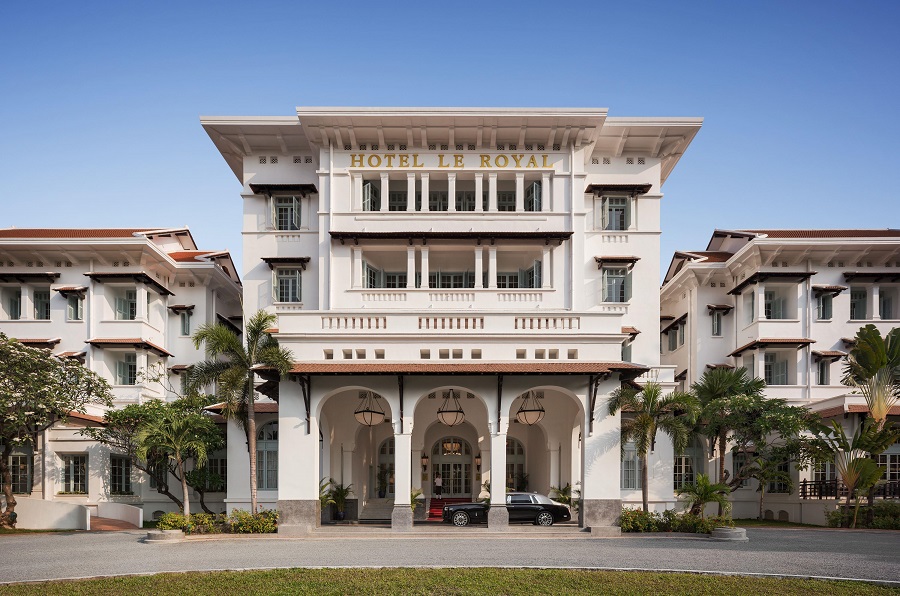 The 175-room landmark heritage property was also ranked the No. 1 hotel in Cambodia in the annual Readers’ Choice Awards, which, now in their 35th year, are the longest-running and most prestigious recognition of excellence in the travel industry.

“Our remarkable history, world-class service and timeless elegance are truly extraordinary, and this recognition—being voted the top hotel in Cambodia by some of the world’s most discerning travelers—offers further testament to that sentiment,” said Raffles Hotel Le Royal’s General Manager Dennis de Groot.

Hotel Le Royal originally opened its doors with just 55 rooms in 1929. It was taken over by Raffles in the 1990s at the invitation of Cambodia’s King Sihanouk, and relaunched as Raffles Hotel Le Royal in 1997 after a sensitive extension and refurbishment. To protect this treasure of Cambodian heritage, local artisans were commissioned to recreate painted ceilings, decorative beaten copper crests and outdoor sculptures.

Each of the rooms and suites at Raffles Hotel Le Royal underwent a full refurbishment as part of a meticulous one-year restoration project in 2019. Returning guests found lighter and brighter interiors, accentuated by spotlights, in addition to Segafredo coffee machines and Simmons pillow-top mattresses among the new features that add modern appeal. Traditionalists appreciate that the heart and soul of the vintage luxury hotel has been thoughtfully maintained, with polished hardwood floors, whirring ceiling fans, and old brass rotary telephones.

A witness to much of Cambodia’s modern history, Raffles Hotel Le Royal celebrated its 90th anniversary in November 2019.